The Washington Peace Center was unofficially founded in 1959 by Quaker activist Larry Scott. Scott led a vigil outside of Fort Detrick in Frederick,   Maryland to protest the development and testing of biological and chemical weapons in their facilities.

Two years later, he and a group of activist supporters moved to the nation’s capital in order to expand their work and educate the public through film screenings, discussions, and the publication of a local newspaper. In 1963, the group acquired office space at the Friends Meeting of Washington and the Washington Peace Center as it is known today was formed. Soon thereafter, the Peace Center became active in opposing the Vietnam War and was the main local office for draft and military counseling. 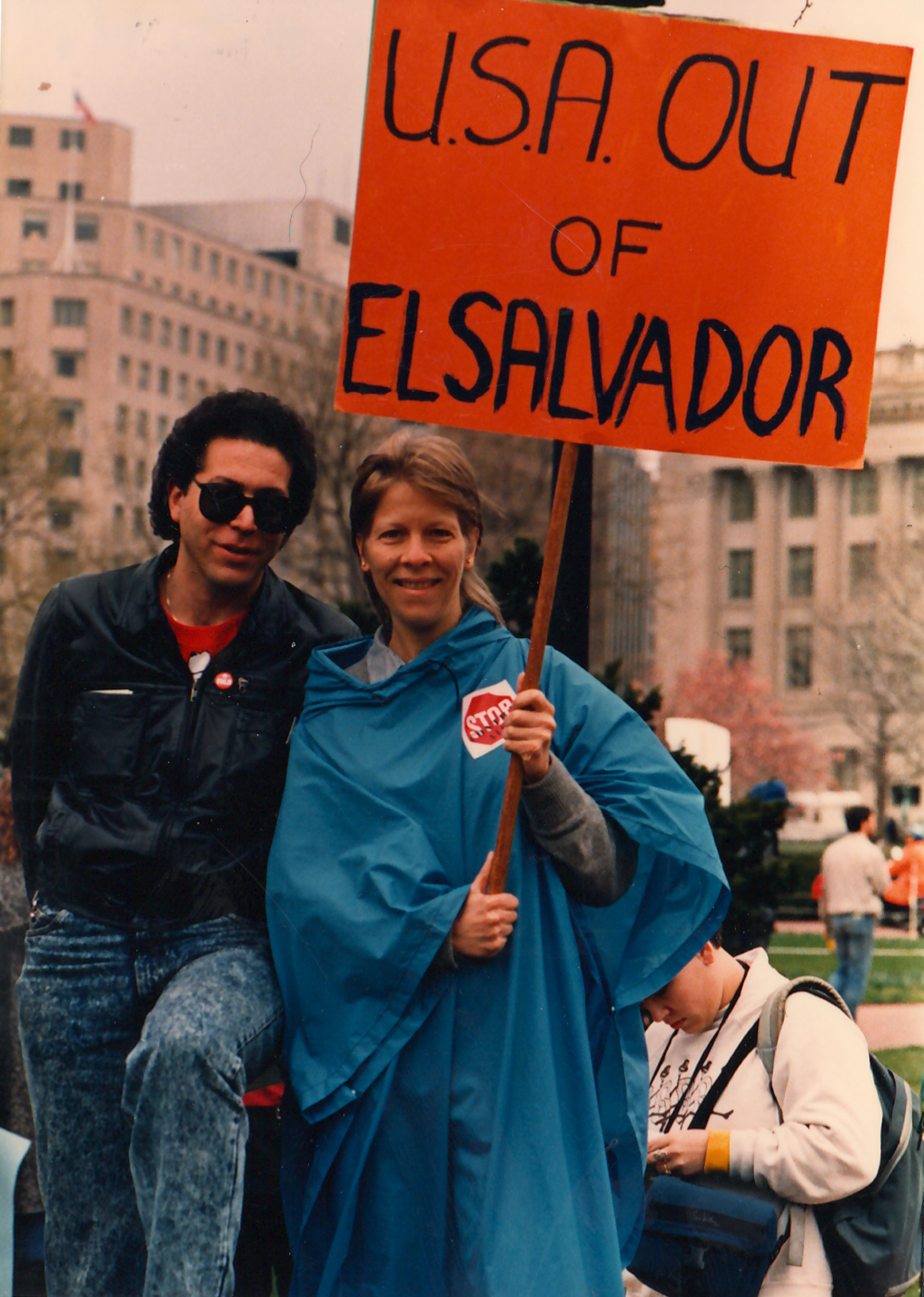 Throughout its long history, the Washington Peace Center has been active on many social justice fronts.  In the 1970’s, the  Peace Center was a key organizing force in the anti-nuclear movement. With the outbreak of violence and unjust U.S. foreign policy in the 1980’s in Central America and the Middle East, the Peace Center became an instrumental player in anti-intervention work.  The Peace Center evolved to focus on local and domestic social justice issues as well, such as local anti-  racist work, abortion rights and Native American rights. Throughout the 1990’s, the Peace Center worked on fair trade and  international economic justice issues and were directly involved in mobilizing protests against the first Iraq War.

The local/global connection continues to shape the Peace Center’s work. Early work with the Anti-Racism/Anti-Oppression  Education  Network, the D.C. Statehood Party and the D.C. Citizen Action Network (D.C. CAN), revealed a path toward  addressing the concerns of  residents and organizers in D.C.  Work with the Anti-Sanctions and Fair Trade movements also  traces a path toward addressing the  concerns of a global economy.  In all, the Center’s primary goal remains to strategically  link local organizing for economic and social  justice to national and international struggles toward establishing structures and relationships that are  nonviolent, non-hierarchical, humane and just.